Skip to content
Home
Reheat
Vegetables
How to Reheat Artichokes?

The group of foods known as vegetables is one of the most imaginative. There is an incredible range of vegetables available, and the majority of these veggies may be cooked in several various ways. Although artichokes are not typical, their adaptability is comparable to other vegetables.

Artichokes are typically served as a side dish or an accompaniment to the main course, even though many people enjoy them so much that they can eat them independently. Because they are delicious, easy to prepare, and complement a wide variety of cuisines, their popularity has grown in many different places worldwide.

It is common to be left with artichoke bits after eating the main course, and it would be a pity to throw them away. In the same way, it is possible to have leftovers from the main course. After being reheated, they can be reserved, something you probably aren’t even aware of. Continue reading to find out more about these various techniques of reheating.

Method 1: Reheating Artichokes in The Oven:

Reheating artichokes in the oven is an excellent approach to maintain the artichokes’ juiciness and their appealing look, texture, and overall quality. Even though it will take you a little more time than the microwave, it will be worth it.

Wrapping the artichokes with aluminum foil is required to get the desired result of preventing the leaves from coming off during the warming process. The necessary steps are as follows.

Start the oven at 350 degrees Fahrenheit by turning it on. You won’t have much more than adequate time to prepare the artichokes throughout this period.

Step 2: Artichokes Should Be Gently Moistened and Then Individually Wrapped in Foil

Brushing a little oil on the surface of artichokes before baking them will prevent them from becoming dry during the cooking process. You can use olive oil or any other cooking oil of your choosing. If you do not want to apply oil to your skin, you may moisturize it with only a drop of water instead. After that, individually wrap each artichoke in a piece of aluminum foil.

After the artichokes have been wrapped, place them in the oven and bake them for 15 minutes. After then, check to see if they are adequately heated. They should be ready, but you should bring them back for an extra five minutes, or longer if necessary if you believe they are not.

Method 2: Reheat Artichokes in a Microwave

Reheating your artichokes in the microwave is another option available to you. This approach is effective, in addition to being quick and easy to implement.

Although this is not very likely, there is a remote chance that your artichoke will have some adverse effect. If you carefully follow all of the directions and instructions, your artichoke should be fine if you prepare it using this approach.

Reheating your artichokes in the microwave is easy if you follow these steps:

When steaming filled artichokes, this method can be helpful since it prevents anything from becoming overcooked, undercooked, or mushy. It also guarantees that nothing cooks too quickly.

Steaming artichokes for around twenty minutes produces an artichoke with a uniform texture. This is a standard method for cooking artichokes in a steamer.

Take care not to fill the pot above its capacity with water; there should be a gap of at least two inches between the rim of the pan and the point where the water level meets it.

To warm up artichokes using a steamer, follow these steps:

How Should Artichokes That Have Been Grilled Be Reheated?

If you cook many grilled artichokes and want to enjoy some of them later, you may reheat them in a few different ways.

The first method is to cook them in a microwave on low power until they are thoroughly hot. This should not take more than a few minutes, and you will only need one or 2 tablespoons of water to cover the bottom of the dish.

However, take care not to cook the artichokes for too long since this might lead them to become mushy. Reheating it in the oven for approximately five minutes at 400 degrees Fahrenheit is still another method.

Again, take caution not to overheat them so that they don’t get too mushy when eaten later; this approach works great if you have remaining grilled chicken breast with no sauce.

You may also use a skillet, set it over medium heat for approximately five minutes, and then complete the meal by adding the required water or sauce. This is still another option for people who do not enjoy using microwaves and do not want to use their stoves.

What Can Be Done with the Artichoke Leaves That Are Leftover?

Although artichokes are tasty, it’s impossible to consume all of them in one sitting.

What exactly are you supposed to do with the remaining leaves? A few different things may be done with the leftover artichoke leaves.

You may prepare the cold, roughly chopped leaves as an appetizer by first dipping them in mayonnaise and then garlic salt or soy sauce.

You may also include them in the dish that you are preparing; for different tastes, you could try adding some lemon juice and olive oil to the dish.

Cooked artichokes are typically dipped into melted butter that has been flavored with Parmesan cheese, parsley flakes, lemon zest, minced garlic cloves, salt, and pepper. This is considered to be the most traditional method of eating cooked artichokes.

You could also prepare a simple salad that goes wonderfully with the remaining artichoke leaves. For instance, you might toss artichoke leaves, lettuce, and arugula together in a light vinaigrette or mayonnaise and serve it as a salad. The final suggestion is to sprinkle the remaining leaves over the top of whatever you’re eating as a decorative touch.

You may, for instance, add them to a plate of spaghetti together with some olive oil, grated Parmesan cheese, and lemon juice; alternatively, you could lay them on top of chicken breasts that have been grilled just before serving them.

How to resurrect reheated artichoke?

It’s fine to season artichokes to improve their taste. Oil or butter can revitalize them. Add spices to revive the taste. Try sea salt and pepper. Add spices or herbs gently. You don’t need much of anything to get good outcomes.

Can artichokes be reheated?

As long as you don’t eat the bad pieces, you may reheat and eat artichokes. When preparing artichoke hearts, be careful.

Can artichokes be frozen after they have been cooked?

Yes, it is possible to freeze artichokes after they have been cooked, and if they are frozen, they should be OK to eat within the next two or three months. However, you may prevent them from becoming brown and darkening by sprinkling some lime juice before freezing them. This will keep them from oxidizing. Before you place the artichokes in the freezer, it is recommended that you wrap each one individually in plastic wrap. This will prevent the artichokes from becoming mushy or falling apart.

In recent years, artichokes have evolved into a very appealing side dish that may be prepared in various ways. Because they are both appealing to look at and tasty to eat, they are frequently encountered on a plate.

If you have made artichokes for your visitors, feel free to preserve any leftovers in the refrigerator and reheat them for lunch the following day.

You may choose to reheat them in the microwave or the oven. It is essential to maintain the humidity to prevent them from drying out, which would cause them to become inedible and brittle. The procedure for warming up is not difficult, and you will have no problem becoming proficient in this endeavor on your own. 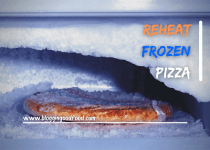 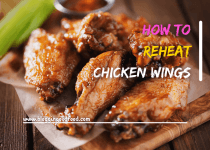 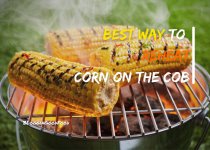