Skip to content
Home
Reheat
Bread
How To Reheat Cornbread?

You can avoid mushy reheated cornbread by following these steps. Stay with us, and we’ll explain numerous approaches.

Cornbread has a global following. This kind of bread is present at many events due to its adaptability; it goes well with a wide variety of foods, from crisp and juicy fried chicken to mac & cheese and vegetables.

Additionally, this bread is fantastic right after it comes out of the oven. Imagining tearing it apart and tasting its golden yellow sweetness makes you want more than one helping.

Cornbread loses its charm as it becomes stale or cold, yet it still tastes fine when it’s still warm. Many individuals don’t know how to reheat it correctly, so they either forget about it or toss it out.

You’re at the proper place if you don’t want to waste food and don’t give up easily. Here, you’ll learn how to reheat cornbread to retain its signature soft, pillowy texture.

What Exactly Is Cornbread, Then?

Cornbread tends to turn a golden yellow tint once it has been cooked. On the other hand, its consistency is typically flaky and crumbly, which indicates that it does not hold together very well over time. A standard oven or a pan made of cast iron can be used to prepare it.

The most important components are whole wheat flour, cornmeal, eggs, milk or buttermilk, and either milk or buttermilk. In authentic cornbread recipes, no sugar is added to the batter. Sugar was not initially included since it was considered a luxury good at the time and could be somewhat expensive.

The southern and Atlantic states of the United States are known for their love of this particular kind of baked delicacy. This is because individuals who produced it, mostly southern farmers and agricultural families, used what they had available.

Even though it was borrowed from the British, it was probably the African-American chefs who had been enslaved people who were responsible for giving it a uniquely American flavor.

How Would You Describe the Flavor of Cornbread?

The texture and flavor of cornbread can change significantly depending on how it is prepared. It takes on a rich, almost cake-like consistency when prepared traditionally using fresh ingredients and cooked in the way that has always been used. Even though it is dense, it has a light mouthfeel.

Even though it does not include additional sugar, this baked dish often has a sweet flavor. It keeps part of the flavor and texture of the cornmeal that it was made from.

Is It Even Possible to Reheat Cornbread?

Everyone knows how incredible cornbread tastes when it is freshly cooked and served straight from the oven. When reheating some foods, such as quiche or other similar dishes, it can be challenging to bring back their excellent flavor and maintain their ideal moisture level.

Reheating it might be a bit of a challenge sometimes. You’ll want to ensure that the consistency is perfect, falling between being too dry and too moist. You may need to change the amount of butter (or some other fat) you add to the dish after reheating.

Altering both the temperature and the length of time that it is heated will be required of you. If the cornbread has been frozen, you will need to defrost it before using it. If you do not, the cornbread runs the risk of becoming gummy.

In the following part, we’ll discuss some valuable hints and suggestions. You won’t be able to distinguish between these leftovers and a new batch that has just come out of the oven as long as you keep these things in mind.

Method 1: Reheating Cornbread in a Microwave

Reheating practically everything in the microwave is quick and easy to get the food to the desired temperature again.

Cornbread can be reheated in the microwave if it is first placed in a container that is suitable for use in the microwave. Then the box’s lid is covered with either a paper towel, a microwave-friendly glass plate, plastic wrap, or the container’s lid. Check to see that the plastic does not come into contact with the bread.

We recommend the following actions to reheat cornbread in the oven.

After the bread has been heated to your satisfaction, remove it from the oven, take off the aluminum foil, and then you can enjoy your warmed cornbread without any problems! You may complement it with butter, honey, or anything else, just like you usually would, and it will taste delicious.

Cornbread left out to dry can be reconstituted by frying it in a skillet on the stove. This will, of course, result in a distinct flavor from the original, but it is an excellent method for reheating without causing it to dry.

Reheating cornmeal in an air fryer is another simple method you may use. The fact that it won’t take you too much time and will yet provide excellent outcomes makes it a practical choice.

When you are pressed for time, one of the most practical things you can do is reheat any bread in your Instant Pot. This is also one of the most effective ways to get the bread to retain its moisture.

Cover each cornbread piece in a separate foil sheet, then set them into the inner saucepan. Push the “keep warm” button, and in a few minutes, your slices of bread will be wholly reheated while preserving all of the delightful wetness they had when you first put them in the toaster.

Combinations That Go Wonderfully With Cornbread

You are already aware that cornmeal and fried chicken make a delicious combination. You probably weren’t aware of this, but it goes particularly well with collard greens. If you include some macaroni and cheese, you will have one whole dinner in front of you.

Shredded pig barbecue, grilled meats, and casseroles are among the most popular foods. You may add some butter and perhaps some honey on the side if you want to eat it by itself.

What should i do if the cornbread becomes dry?

Putting a pat of butter on top of your cornbread as soon as it comes out of the microwave is an excellent method to impart some more moisture into the dish. It ought to be hot enough to continue to melt the butter, and doing so will draw the butter into the bread, which will cause the bread to become moister.

Do you put cornbread that has been leftover in the refrigerator?

Cornbread eaten but not stored properly can be kept at room temperature, in the refrigerator, or in the freezer. It is safe to consume after about one week of storage in the fridge, during which time it will maintain its freshness. It is unlikely to remain fresh for more than a few days if you keep it at room temperature.

Is it possible to eat cold cornbread?

If your cornbread was already cooked when you started, you may skip the step of warming it and serve it cold instead. Most people favor it when it is warm or hot, but it may also be incredibly delicious when it is cold or at room temperature. In this particular scenario, it is entirely up to you and any preferences that you may have.

How should cornbread be stored?

After allowing the cornbread to reach room temperature, seal it in an airtight container to keep it fresh. Bread typically has a shelf life of three to four days, but this kind can remain edible for up to ten days when stored in the refrigerator or for five days when left out at room temperature.

Is it possible to freeze cornbread?

Before freezing the cornbread, it is essential to ensure it has cooled down. Put in a plastic bag that may be sealed or securely wrapped in aluminum foil and plastic wrap—place in the refrigerator. Put in the freezer for up to three months.

How do you make cornbread from scratch?

Cornbread is simple to prepare and is commonly made using flour, butter, corn meal, sugar, a leavening agent such as baking powder, and either milk or buttermilk as the liquid component. Cheese, peppers, and honey are other components that can be used. The batter is then baked in an oven preheated to 400 degrees for about 20 minutes or until it is thoroughly cooked through.

We hope you’ll be able to put some of these suggestions into practice regarding warming up cornbread. You may count on finding these helpful holiday suggestions to allow you to have the most enjoyable holidays. 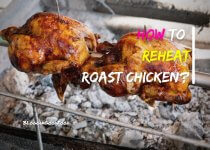 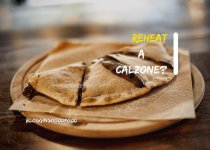 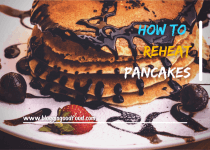