Skip to content
Home
Freeze
Vegetables
Can You Freeze Cilantro?

They are particularly popular in South Asian food, where their peculiar flavors and aroma enhance the other components’ flavors and aromas to perfection. Cilantro is among the most versatile herbs – when it comes to fresh herbs. It may be used in several savory and sweet cuisines and versatile.

The question is, what happens when you have an excess of Cilantro and not enough time to use it all? Is it possible to freeze Cilantro so that you can experience its tastes throughout the winter? In this piece, we’ll provide an answer to that query and some helpful hints on how to freeze Cilantro.

Is It Possible to Freeze Cilantro?

Yes, Cilantro may be stored in the freezer. A frozen cilantro is a good option if you’re looking to add cilantro flavor to cooked or blended foods such as soups, chutneys, and smoothies. If you want to use Cilantro as a garnish, make sure to get fresh Cilantro if you want to use it to decorate a meal.

Cilantro is a wonderful way to add freshness and flavor to your cuisine, but it may be a pain to work with. Save time in the long term by using one of these three simple methods for freezing Cilantro to be used later on!

The following is the strategy you should use if you have a bit more time to spare and would like to freeze it as effectively as possible:

1. Clean and Cut it: Check to see that your Cilantro has been well cleaned and that any suspicious-looking leaves have been removed. The stalks should be removed from the leaves, as you will only be freezing the leaves and chopping them up with this approach.

2. Add Cilantro in Tray: Fill the ice cube tray with the leaves and freeze overnight. Ideally, each slot should be filled approximately two-thirds of the total. Don’t be scared to experiment with different herbs at this time.

3. Cover in Oil or Water: Fill the tray slots with olive oil or just plain water until the Cilantro is thoroughly covered in the liquid of your choice. Wrap the tray with cling film to protect it.

4. Freeze for a short period: Refrigerate or freeze the ice cube tray until the cubes are completely frozen. During this step of the freezing process, it is important to maintain the tray level.

5. Freeze for the final time: It should take a few hours (or overnight) to become completely frozen. Take the tray out of the freezer, extract the frozen cilantro cubes, and put them in a container before putting the tray in the freezer to finish freezing.

If you are pressed for time and need Cilantro to be frozen right away, you should start with this method. The method chosen will not be the most effective, but it will be the most practical.

1. Clean the Cilantro: First and foremost, ensure that your Cilantro has been well washed and that any suspicious-looking leaves have been removed. You should avoid freezing them with yellowish leaves since they will not improve in the freezer.

Blanching the Cilantro helps keep the brilliant green color, especially if you freeze it for a few months.

3. Toss in Oil: The Cilantro should be wiped dry before being combined with a spoonful of olive oil to make a salad. If you’re using a lot of Cilantro, increase the amount of oil you use. When the herbs are frozen, this will prevent them from becoming mushy.

4. Seal it Up: Spread out the Cilantro and carefully put it into airtight freezer bags. You don’t want the Cilantro to get clumped together in one part of the bag, so separate it. Lightly press down on the bag as it is laid flat to expel the air and seal it.

5. Label and Freeze it: To keep aware of how long something has been preserved, mark the container with the items and the dates using a marker pen. Place it at the very top of the freezer, where other goods will not squash it.

To use this approach, slice your Cilantro in sprigs of the right length, group them, and store them in a sandwich bag until ready to use.

To seal it, squeeze out as much air as you can, then coil the bag up around the Cilantro and fasten it with an elastic band or a piece of tape to keep it from opening up.

This will assist in keeping air away from the springs even more. Put each bag in a freezer bag and label it with the date used.

If you want to go the extra mile to preserve your bagged Cilantro from the air, you may spray a little amount of olive oil into the bag after you’ve placed the cilantro sprigs inside.

Then, massage the Cilantro gently through the bag until thoroughly coated. Close the bags and roll them up to keep them fresh.

Why Is Freezing the Most Effective Method?

Cilantro is not a culinary herb; rather, it is used as a finishing herb to offer a burst of freshness and brightness shortly before serving.

Unfortunately, Cilantro’s natural characteristics do not lend themselves to drying. The plant’s texture and vitality do not match up when the moisture is taken from its delicate, fragrant leaves.

Consider freezing a bundle of Cilantro in a freezer bag, similar to how you would store a tougher herb such as rosemary or thyme. Refrain from succumbing to the temptation since the leaves will turn to mush.

Make sure you lightly coat the Cilantro in olive oil before freezing it if you’re planning to do it this way. The olive oil works as a protective barrier against the cold, keeping the delicate leaves safe.

What Is the Best Way to Use Frozen Cilantro?

As a “Garnishing herb,” fresh Cilantro is nearly always used towards the end of the cooking process, meaning that it is seldom ever introduced to the dish while it is cooking.

Instead, it is incorporated into the meal just before being served or dusted on top as a decorative garnish. This is true since Cilantro has a very sensitive flavor diluted by heat.

For the sake of not cooking or overheating the Cilantro, thawing the Cilantro before using it in the dish is highly recommended. When you start cooking, simply setting the frozen sprigs on the counter will be sufficient to defrost them quickly.

Defrosting frozen cubes may take a bit longer than usual. Putting them in the refrigerator a few hours before you intend to use them should be sufficient.

Because frozen Cilantro does not have the same quality as fresh Cilantro, it is best utilized in a mixture with other components rather than as a garnish on top of the finished meal.

It is best to add the Cilantro as quickly as the meal has been withdrawn from the heat since this will assist in reheating it without affecting the flavor.

What if I Only Want to Store Cilantro in the Refrigerator?

Of course, the quickest and most effective method of extending the life of your Cilantro is to avoid preserving it at all.

The simple act of putting your chopped Cilantro in a glass half-filled with water will extend its lifespan not just for a few days but for several weeks. Covering the Cilantro with a plastic bag will have an even bigger influence on the herb’s freshness.

How Long Can You Keep Cilantro in the Freezer?

It benefits reducing the danger of freezer burn on the Cilantro by freezing it in ice cubes and then covering it with water before using it.

How Should Fresh Cilantro Be Kept?

Instead of simply tossing it in the vegetable drawer and witnessing it wilt within days, clip the stems and put it in a bowl of water with a zip-lock bag over the top to keep it fresh for longer. The Cilantro will remain moist and fresh for at least two weeks using this method.

How Do I Select Cilantro?

When selecting a fresh bunch of Cilantro, keep in consideration the look and scent of the herb. Don’t use Cilantro that is wilted, has yellowish-brown imperfections, or is otherwise discolored. Cilantro with a strong fragrance is fresher than Cilantro with a soft scent.

Is it possible to freeze Cilantro with lime juice?

Yes, you may freeze Cilantro with lime juice if you use a freezer bag. Lime juice may be frozen in ice cube trays in the same manner as Cilantro, with the water being replaced with lime juice.

Is It Possible to Refreeze Cilantro?

Like other tender herbs, Cilantro is sensitive and should not be frozen, which we would not recommend doing. This has the potential to damage both the flavor and the texture.

Cilantro can be frozen; however, it will lose its flavor. You may freeze the herb to keep it fresh for later use when you don’t need as much at once, like in recipes that call for a little amount of the herb. I hope you found this post to be informative! 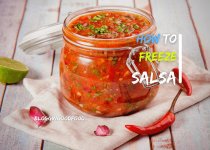 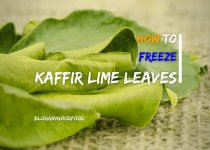 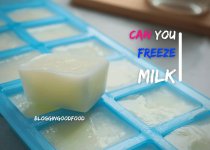