It is not possible to defrost a frozen dough by placing it on the counter-top and allowing it to thaw at different speeds on the exterior and interior of the dough. The outside dough will defrost fast and begin to rise and ferment while inside will remain cold and frozen. Consequently, you will end up with uneven pizza dough that has not been properly proofed.

The easiest approach to thaw frozen pizza dough is to remove it from the freezer and place it in the refrigerator overnight to allow it to rise. The next day, your frozen pizza dough should be thawed but not blown up and proofed, which we want for this recipe.

Remove the defrosted pizza dough from the refrigerator about 1-2 hours before the baking time and allow it to come to room temperature before baking. During this period, the dough has the opportunity to expand and prove before being used.

In this post, we’ll walk you through the process of defrosting pizza dough using a variety of different ways. We’ll also go over some pointers on making the process more efficient and less time-consuming.

How to Thaw Pizza in the Fridge?

To thaw pizza dough, follow the directions on the package. It is also the most time-consuming — it can take anywhere from eight to twelve hours, based on how large your dough spheres or discs are.

Put the pizza dough in a container and set it aside. Keep in mind that the dough will expand, so be sure to allow plenty of space around it. Always keep the dough covered in its storage bag or the container it is baked in. Allow for eight to twelve hours of defrosting time in the fridge

It will take roughly one hour to prove at room temperature once you have removed the dough from the fridge (and from its bag, if required).

How to Defrost Pizza Dough on the Countertop?

The process of defrosting frozen pizza dough on the countertop is another reasonably quick and simple method of bringing the frozen dough to life. The dough defrosts more quickly at room temperature than it does at the cold temp of the refrigerator.

It will take roughly 2 hours for the frozen pizza dough ball to defrost at room temperature.

Listed below are the steps to take when defrosting frozen pizza dough on the counter:

How to Defrost Pizza Dough in Microwave?

It is simple to defrost pizza dough in the refrigerator or on the counter. Everything is as simple as placing the dough in a bowl and waiting for it to soften and then prove. But what if you need to thaw the dough in a shorter amount of time? There are different options for thawing frozen pizza dough, described below.

It does not work well for many meals and cuisines, it works great for thawing frozen pizza dough in seconds. Given this, you should be cautious not to overcook the dough in the microwave and merely thaw it instead.

To thaw frozen pizza dough in the microwave, follow these instructions:

How to Defrost Pizza in the Oven?

How to thaw pizza dough in the oven is demonstrated here:

The use of cold water to thaw pizza dough is another excellent way of defrosting pizza dough. This procedure will not damage the dough or cause it to begin to cook mistakenly.

Once you have removed the pizza dough from the freezer, leave it in its storage bag until you are ready to use it. Place it in a medium-sized mixing bowl. Preparation: Fill the basin halfway with cold water thoroughly submerge the pizza dough.

Allow one to two hours for the pizza dough to rise in the bag under cold running water. Upon closer inspection, you will see that the material is soft. It will also start rising. When the dough is finished, you should see little bubbles on the surface.

Take the pizza dough from the bag and allow it to rest in the dry bowl for roughly one hour before using it again. It will be ready for you to start baking your Pizza at this point.

If cold water is effective in defrosting frozen pizza dough, wouldn’t it follow that warm water would be even more effective? Yes, but there’s a snag in the works.

Even though warm water can defrost your frozen pizza dough rather rapidly, doing so also runs the danger of prematurely fermenting, if not frying, the dough as a result of the defrosting.

To thaw frozen pizza dough in warm water, place the bag of dough in a big mixing basin, fill it halfway with warm water, and then set the bowl aside to cool. Because the water will cool fast, you’ll need to replace it regularly to maintain it warm. The dough should have defrosted completely in a few hours based on the water temperature.

When the dough is no longer frozen in the center, turn it out onto a counter and allow it to prove for 1-2 hours before baking. While waiting for the yeast to activate, the dough will rise and expand.

If you notice any symptoms of early fermentation or cooking in the dough as it thaws, throw it out immediately. Warm water presents a concern because it increases the danger of activating the yeast on the outside borders of the dough, whereas the yeast in the interior of the dough is still frozen and dormant.

If you notice any bubbles beginning to develop on the exterior of the dough early in the process, consider transferring it to a bowl of water at room temperature to slow the process down.

What Is the Best Way to Defrost Pizza Dough Overnight?

To prepare Pizza for the following day, if you have pizza dough in the freezer, defrost it overnight in the refrigerator before using it as directed.

What Is the Best Way to Use Defrosted Pizza Dough?

Pizza dough made from defrosted frozen dough is the same as any other type of pizza dough. Allow the dough to prove at room temperature for approximately 1-2 hours once it has been completely defrosted and is no longer frozen in the center.

As a result, the yeast has had enough time to react and fill the dough with gas, a major contributing factor to the light and fluffy texture of a pizza crust. Once the dough has been proofed, you may form or roll it into a pizza crust in whatever way you like, depending on your preference.

This, of course, implies that your pizza dough has previously been correctly fashioned into balls before they were frozen in the first place. Otherwise, form your pizza dough into a ball shape as soon as defrosted and let it aside to prove for 1-2 hours before using it.

For how long does it take for frozen pizza dough to thaw out?

Depending on how you prepare the dough, it might take anywhere from 24 hours to only a few hours to completely thaw once it has been frozen. If you put it in the fridge to defrost, it will usually take a full day to thaw completely. It will take a few hours to thaw on a counter at room temp, but it may be thawed in as little as 2 hours or less in a warm bowl of water, depending on the temperature of the water.

Is it possible for pizza dough to rise after it has been frozen?

Yes! One of the yeast doughs freezes nicely because of its high moisture content. Food, such as pizza dough, maybe preserved longer by freezing it. When you’re ready to cook, defrost it in the microwave.

Is it common for eateries to utilize frozen pizza dough?

The majority of eateries that are not pizza parlors utilize frozen pizza dough. Fresh dough is more costly than frozen dough, but it is easier to work with and produces more consistent results.

So there you have it – a few quick and simple methods for defrosting pizza dough. No matter if you’re in a rush or want to save time on the big day, these guidelines will ensure that your dough comes out correctly every time. And after you’ve gotten the hang of it, you may experiment with different approaches to find which one works best for you in each situation. 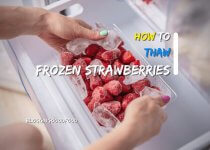 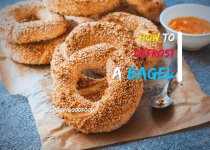 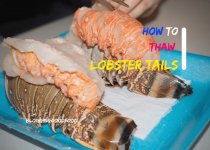