Skip to content
Home
Freeze
Dairy
Can You Freeze Yogurt?

There is no question that yogurt can be frozen; sour cream and other dairy products can also be frozen. If you went grocery shopping recently and came home with more yogurt than you needed, this is the most effective way to store it for use at a later time.

You’ll be able to reduce the amount of money you spend on wasted food while also saving money! Keep reading, and we’ll walk you through how to freeze yogurt properly and then thaw it out when needed.

How to Freeze Yogurt in its Original Container?

Putting yogurt in its original container and placing it in the freezer is the method that is both the easiest and the quickest to use. Although you may use this method with bigger containers, it is best suited for single-serving containers since you can defrost only the amount you require.

It is important to remember that yogurt expands when it is frozen, and because of this, the seal on the jar may break. Before placing the individual container in the freezer, you should put it in a freezer bag if you are worried about freezer burn or want to prevent any freezer odors from escaping.

How to Freeze Yogurt in a Freezer-Safe Container?

You also can spoon yogurt into smaller containers that are acceptable for the freezer. This will allow you to portion the yogurt according to how you intend to use it, preventing unnecessary waste.

This also allows you to leave a little space for the yogurt to expand while it sits in the refrigerator. Because it is best to mix the fruit and yogurt before freezing, this method works particularly well for yogurt with servings of fruit or a layer of fruit. Doing so will help the yogurt and fruit freeze perfectly and ensure that the fruit is evenly distributed once the yogurt has been thawed.

How to Freeze in an Ice Cube Tray?

A conceptually similar method uses a spoon to freeze yogurt in ice cube trays. After allowing the yogurt to freeze for several hours or overnight, place the yogurt cubes in a freezer bag for long-term preservation.

You may keep the yogurt cubes in the freezer for up to a year. Because the frozen yogurt cubes can be placed immediately in the blender alongside the other components, this technique is perfect for preparing smoothies, which allow you to whip up a creamy and frothy treat swiftly.

How to Freeze Yogurt in Scoops?

A fourth option is to freeze the yogurt in individual servings; however, this technique is most successful with thick yogurt and is most beneficial when more oversized yogurt tubs are purchased.

After preparing a baking tray, divide the yogurt using an ice cream scoop and place it on the prepared parchment. Before transferring the frozen spoons to a freezer bag for longer-term storage, you should first freeze them for a few hours or overnight.

When using any of these techniques using the freezer, yogurt should not be kept frozen for more than two months. Also, always date and label the yogurt before freezing it to keep track of it. When it comes to freezing any food, this is a good rule of thumb since it makes it simple to keep track of what you have and when you need to utilize it.

Can you Freeze Greek Yogurt?

Yes! You can freeze Greek Yogurt. The guidelines above have been tried and evaluated with both regular and Greek yogurt. Greek yogurt is undoubtedly my favorite type of yogurt due to its incredibly thick and creamy consistency and the plenty of protein it contains.

Greek yogurt retains all of its health advantages even after being frozen, so there’s no need to be concerned about putting some packages in the freezer before you start eating it.

What Kind of Changes Will Freezing Yogurt Bring About?

Even if you choose to freeze yogurt, researchers believe the product’s nutritional value will remain the same for at least a couple of weeks after defrosting it. The flavor and consistency of the meal may, on the other hand, undergo inevitable shifts during the cooking process. You’ll find more information about them down below.

When yogurt is frozen, the liquid tends to separate from the solid. The yogurt flavor wouldn’t alter all that much after being frozen and thawed, except for a somewhat more pronounced acidic taste brought on by the freezing process.

You may need to shake or mix it before ingesting it to combine the liquids and bring back the flavor it had when it was first made.

Unhappily, frozen yogurt will no longer have the same texture reminiscent of curds in the past. When it is thawed, the consistency will change to become runny and a little gritty. You won’t encounter difficulties if you eat it in its current form.

When yogurt is used to produce beverages, in cooking and baking, or for any other purpose, the changes that occur in yogurt after it has been frozen and thawed are not noticeable.

How Long Can Yogurt Be Stored in the Freezer Before It Goes Bad?

The shelf life of yogurt can be extended by freezing it. In most cases, you should be able to consume it for at least six to eight weeks after it has been prepared. Using your imagination to participate in this process is guaranteed to be enjoyable, but nothing is permanent. Even though yogurt may be frozen beyond the date on which it should no longer be consumed, you should still finish it as quickly as possible.

There is no limit to the variety of delicious dishes that may be created with yogurt. It includes anything from savory foods, such as this Greek gyro from Arby’s, to sweet sweets. With all those different recipes, we seriously doubt that your yogurt will survive very long.

It is not ideal for yogurt to be kept in the freezer for longer than the recommended six to eight weeks since it will develop icicles and burn after that time. Therefore, make sure to use it up before the deadline.

How to Thaw Frozen Yogurt?

To defrost your yogurt that has been saved, remove the amount that you require from the freezer and place it in the refrigerator. You must complete it the night before you want to utilize it. This is done to ensure that it maintains the proper cold temperature so it does not go wrong before it can be consumed.

If you fail to thaw it ahead of time, you may leave it to defrost on top of your counter, but you must ensure that you consume it within two hours of it becoming defrosted. If that is not the case, you need to ensure that it gets put back into the freezer as soon as possible to prevent it from going bad.

When Yogurt Is Frozen, Does It Make It Go Wrong?

Even if the yogurt has been frozen, does it eventually get spoiled? The correct response is “yes.” Even if you froze it to prolong its shelf life beyond the date it was initially intended to be consumed, it is still possible for it to go wrong. If you were wondering if you could keep yogurt in the freezer for an extended time, the answer is no.

If molds and separate curd are floating on top of the surplus liquid, the yogurt has already gone wrong and has to be thrown away. If you do not plan to freeze and keep the yogurt to keep its quality, it is not recommended that you consume yogurt that has expired.

How Should Frozen Yogurt Be Consumed?

When yogurt is frozen and then thawed, part of its silky smoothness and creamy consistency is diminished. In some cases, the freezing process can alter the yogurt flavor, giving it a more sour aftertaste. Even if you may consume it on its own, you should first test freezing a tiny portion to see whether or not you enjoy it.

Depending on your tastes, specific brands or flavors may appeal to you more than others. Also, keep in mind that the more yogurt is frozen, the more its flavor and texture will deteriorate, so if you want to be able to enjoy it by the spoonful, you should restrict the amount of time it spends in the freezer.

Using frozen yogurt in dishes that do not require being thawed is one method for appreciating frozen yogurt. Smoothies, such as this straightforward Fruit and Yogurt Blend or Spinach-Avocado Juice, are delicious and ideal healthy beverages. Other delicious options include smoothie bowls and shakes.

If you decide to defrost the yogurt, use it in dishes where the texture, such as smoothies, won’t matter as much. The recipes you should concentrate on-demand rich creaminess and tangy tanginess but do not need to be extremely smooth.

You may make a creamy and tasty salad dressing using frozen yogurt or use it as a tenderizing agent in marinades for fish or chicken. Yogurt also contributes to the tenderization of the flesh. Another application for thawed frozen yogurt is making dips and spreads, so long as the final product is not intended to be extremely smooth.

Baked products are another excellent application for previously frozen yogurt, particularly yogurt that has been stored in the freezer for a period that is closer to two months.

Frozen Yogurt: How to Eat It?

Some people prefer eating frozen yogurt directly out of the freezer, even though it does not instantly transform into a sweet and creamy treat. You may eat it with a spoon, put a popsicle stick in a single serving, or prepare these Coconut Yogurt Pops in advance and freeze them.

Is Yogurt Safe to Freeze for Infants?

There is no reason why you can’t freeze your baby’s yogurt. As long as you don’t put the food in the freezer for more than two months, there is no danger in doing so. Within this range, infants can still reap the advantages of yogurt’s beneficial bacteria and other nutrients. Occasionally, small frozen yogurt treats may be enjoyed by them as well.

Is Frozen Yogurt the Same Thing as Ice Cream?

In the end, the answer to this issue is purely subjective. After freezing, you may consume yogurt as is. But don’t forget that merely chilling it will make it hard as a rock. However, it may be eaten like an ice pop. Maintaining this in mind will help you keep your frozen yogurt fresh for a long time. While fro-yo is technically a frozen yogurt dish, it isn’t the same thing as producing ice cream from yogurt.

It’s a fermented dairy product that’s widely consumed, delicious, and valuable in various ways. It has a wide range of health-enhancing characteristics. Live and active microorganisms in yogurt are preserved while freezing. After thawing it in the refrigerator for a few hours, you may safely consume it.

If you want to consume it directly from the container, check for additional stabilizers, as yogurts without these tend to get gritty when frozen. No matter whether stabilizers are used, most thawed yogurts may be used in cooking or baking. 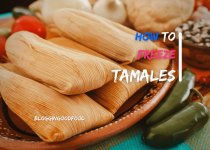 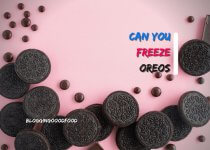