Corn harvesting begins late in the summer or early in the fall. Culinarians salivate at that time, imagining all the golden yellow goodness they will be able to indulge in over the next few months.

There’s nothing better than getting your hands on the fresh corn and grabbing chunks and dislodging them from your mouth in pure bliss. It is messy and sometimes gets stuck to your teeth.

Corn on the Cob:

The corn on the cob is one of the food items often consumed on its own at picnics, barbecues, and steak dinners. The term corn on the cob refers to a cooked ear of freshly picked corn from a cultivar of sweet corn.

It is normally eaten warm off the cob, sweet corn is the most common variety of maize. Corn on the cobs is usually sold as a fresh seasonal crop.

When served, it is frequently salted and buttered. The ears of corn are sometimes held while being eaten using specialized skewers wedged into the ends of the cob.

Summer backyard cookouts and weeknight suppers don’t seem complete without fresh corn on the cob. Corn on the cob tastes the best when you grill it alongside burgers or boil it with butter for an easy side dish.

When there is leftover corn after the meal, wrap it in plastic wrap and keep it in the refrigerator, then simply reheat the corn on the cob by following the methods below.

How to Reheat Corn on the Cob in the Boiling Water:

The time of year when you have leftover fresh corn on the cob indicates that it’s summertime, so you may want to avoid heating up your oven just to reheat leftovers. Here are the steps you need to follow to reheat corn on the cob using boiling water.

Useful Tip:
People make the mistake of adding salt to the water thinking this will enhance the taste, but the end result is the kernels get too dry. It is better to season the corn after reheating rather than before.

How to Reheat Corn on the Cob in an Oven:

Reheating in the oven is the most efficient way to obtain evenly warmed corn on the cob. This process takes less than 10 minutes, doesn’t need any supervision, and takes about 15 minutes in total.

Follow the steps for reheating the Corn on the Cob using an Oven.

There is another way to reheat your corn on the cob using an oven that is to broil it. For that follow the steps below:

How to Reheating Corn on the Cob in the Microwave:

Another method of heating the Corn on the Cob is through the Microwave. This method is easy, although you need to follow these steps so that your corn doesn’t come out unevenly warm.

You must heat your corn on the cob in increments, not all at once. Although it takes some additional effort it is worth it.

Useful Tip:
You need to take great care when removing the lid from the plate. As the dish is filled with water, hot steam will begin to emanate from it.

How to Reheat Corn on the Cob on the Grill:

The Grilling method is one of the uncommon ways of Reheating Corn on the Cob. You might choose to cook corn with it because it transforms the taste of corn tremendously.

Additionally, if you used a grill to Reheat your Corn on the Cob, you might want to reheat it the same way. In this case, Reheating by any other method is going to result in corn of inferior quality.

Below are the steps you need for grilling the Corn on the Cob.

The Reheating of Frozen Corn on the Cob:

When Reheating the frozen corn, the process will be a little different. The steps are easy.

Method of Storing the Corn on the Cob:

Several practical methods are available for preserving Corn on the Cob.

Refrigerating the Corn on the Cob:

In order to store corn to keep it fresh, make sure you store fresh corn or leftover cooked corn in the fridge correctly in order to reheat it in the future. Before refrigerating corn, it should be brought to room temperature, but do not leave it out on your counter.

Make sure you store it in the refrigerator within 24 hours of cooking. Cooked corn on the cob will keep fresh for three to five days in your refrigerator.

Here are two tips regarding corn on the cob storage in the Refrigerator:

Freezing the Corn on the Cob:

Corn is harvested all at the same time, meaning that your local market and grocery store will be flooded with fresh corn one month then it will be frozen or canned the rest of the year.

If you love corn on the cob, it is a great idea to invest in huge quantities if it is in season and to freeze the bulk so that you can eat it throughout the entire year. Below are two ways to use the Freeze Corn on the Cob:

Freeze the Cooked Corn on the Cob:

What are the ways to fresh the Corn on the Cob?

There are two ways to make the Corn on the Cob fresh:
1. Firstly, you can grill the sides of the husk for 3 to 4 minutes.
2. Secondly you can roast in an oven for about 35-40 minutes after turning once. In this case, don’t remove the husk because removing the husk will remove the flavors and the moisture and make the corns dry.

Is there a method to reheat the cooked corn on the cob?

Corn on the cob can be easily reheated on the stove by boiling. For what you need some steps to keep in mind.
1. The first step is to fill a pot with water and bring the water to boil
2. You now need to carefully add the leftover Corn.
3. Reheat the water until it reaches the boiling point, and then let it boil until the corn is completely heated.
4. This will only take about five minutes because it has already been cooked.

How long can we store the cooked Corn on the Cob?

Cooked corn on the cob will keep fresh for three to five days in your refrigerator. Make sure each corn is protected from air exposure by wrapping it individually in aluminum foil or plastic wrap. Remove as much air as possible from your corn cobs before sealing them in a Ziploc bag.

How long to heat the corn in the Microwave?

Microwave the corn for 45 seconds on high then flip the cob over. Microwave it for another 30 seconds if you think the corn has not been warmed enough.

So, boiling the Corn on the Cod allows you to keep an eye on your corn to see if they are boiled or not. Moreover, it is easier to Reheat the Corn because there are fewer steps involved in this method. 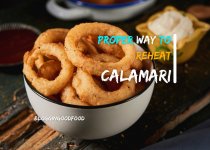 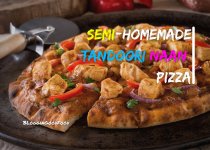 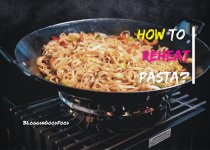