Tamales is a widely eaten traditional dish. It’s made of a variety of different things meat, chicken, beef, or vegetables. The masa or dough is also used with the wrapping of corn or banana husk. This husk is removed at the time of serving.

With a few steps and preventive measures, the tamales can not only be adequately reheated, but they can also be restored to their first/original taste. So in today’s article, we will discuss the best ways to reheat tamales without drying them and try to bring back the first-time alike taste.

How to Reheat Tamales in a Microwave:

Indeed! Microwave is not a bad option if you are running short of time or if your hunger is at some crazy extreme levels. In that case, the microwave is so far the best choice. Although it yields satisfactory results, It works after all.

In case! You had saved the tamales for many days, and now you want to reheat the tamales, then you must thaw it outside at room temperature. If you have only refrigerated it, then it’s fine without thawing the tamales.

Now, as they have been thawing, it’s time to do some preparation before placing it right in the microwave. For that, we want to avoid the drying out phenomenon. Also, select a plate that is microwaveable and small enough to fit in the microwave. Make sure they don’t overlap.

Also, leave some gaps between tamales; this helps to get reheated evenly

Once done, turn on the microwave for 30 seconds. The water will turn steam and will make reheating easier. After that, check the warmth and flip sides. Then repeat this 1-2 times, depending on how heated tamales are required. Cooldown before serving.

Congratulations! You have successfully reheated the tamales.

How to Reheat Tamales in a Baking Oven:

Using an oven for reheating tamales is also one of the most rewarding methods. However, this requires a little more time than the microwave oven.  Following are the steps to reheat the tamales:

Like previously, place them at room temperature. If already frozen, then place out for more time than if refrigerated.

An oven requires much more time than a microwave. So preheat the oven to 325F.

Choose an oven-friendly dish and place tamales inside. Try giving some gaps and avoid overlapping. Then place the dish in the oven for 20 minutes. Try checking in between the temperature and flip the tamales in between.

Finally, unwrap the tamales and check the temperature. Now you have warm and ready-to-eat tamales reheated. Let it a cool little bit, and then serve it.

How to Reheat Tamales in an Instant Pot:

The instant pot is a famous multi-cooking utensil. This is widely used nowadays because it can perform multiple functions like cooking, warming, steaming and pressure cooking, etc. It can perform many functions and is super easy to use. Today’s we will be reviewing and checking the performance of tamales reheated in the instant pot.

Place the stand in the pot’s bottom. Make sure the steamer basket is correctly placed above the stand.

Set the timer for 20 minutes after closing the lid. Let it complete its work. You can’t check in-between halfway, like in a microwave or oven, because it traps pressure. Beware of operating it very carefully.

Now once the timer is complete, let the pressure release naturally instead of quickly opening the lid. Once pressure is released, open the cover and serve the reheated tamales.

How to Reheat Tamales in Skillet:

Reheating in a skillet is one of the easiest and quickest methods for tamales. The skillet turns the tamales into a nice golden color. Follow these steps for enjoyable tamales without turning them soggy or messy.

First of all, take a skillet and place it on a low-medium flame. Now, let the skillet get warm. Meanwhile, bring the tamales and prepare them. If they were stored in the freezer, place them at room temperature for 20-30 minutes. Please don’t leave them too long at room temperature, especially in hot weather, as they will develop bacteria and make you sick.

So once out, take the tamales and unwrap the husk.

Now add 1 or 2 tablespoons of vegetable oil and properly rotate the skillet in a circle to get adequately oiled. Let the oil get warm for another minute.

What Is The Yummiest Way To Reheat Tamales?

The best way to reheat tamales is by the use of the baking oven. All you need to do is follow the above steps. That is, preheat the oven. Thaw the tamales If previously were refrigerated. Then let it wrap in a husk. Then place it in a dish and turn on the oven. This method is considered the best way to reheat tamales because it yields the yummiest result. The oven lets it be a little crisp outside and moist inside.

How Can We Stop The Reheated Tamales From Getting Dry?

Nobody loves dried tamales. To keep them moist and wet inside, a few things should be taken care of.

Towards the end of this article, we debated over the best ways of reheating tamales. Among these all methods, we position the baking oven as the best option. Although reheating in the oven takes much more time than most other ways, its results are splendid.

Some other methods that we discussed were the use of microwave, instant pot, and skillet. Almost all of them are good at something. Microwave saves a lot of time of preheating and preparing the tamales before using them. Also, the microwave reheated the tamales very well and is indeed a universal option to consider.

Skillets are also an easy way to reheat tamales. All you need is a heated skillet and a little vegetable oil, and you are good to go. Skillets harvests golden-colored reheated tamales. Instant pot reheat tamales in a steamer way. But most people don’t have access to an instant pot.

To conclude, the results are best in a baking oven, but nothing can beat a microwave’s speed in reheating tamales. 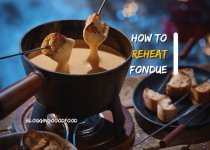 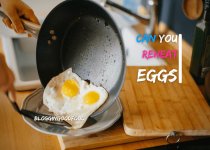 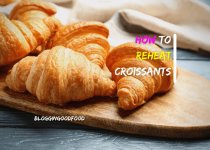