Skip to content
Home
Reheat
Snacks
How to Reheat Nachos? So They are Crispy Again

Looking for possible ways to impress guests but do not want to cook? You should know how to reheat leftover nachos.  No one wants to serve soggy nachos to their guests as a starter for the night.

The crunch of nachos is what keeps us coming back for more, and if that is missing, then nachos lose their meaning as well. Luckily making the leftover nachos crisp and making them look and taste like freshly made ones is a simple task. So if you are wondering what the best way to reheat nachos is so they are crispy and flavourful, then follow this guide.

Nachos is a regional dish of Mexico that originates from northern Mexico. Nachos are made from heated tortilla chips covered with a simple cheese or a sauce with cheese as a base and are often served as an appetizer.

You can also put multiple toppings of your liking like beans, some meat, but the original version contained corn tortilla chips with melted cheese and jalapeno as toppings. Nachos are relatively low in calories than the traditional fried chips.

The calorie count of a nacho serving depends on ingredients like cheese, type of nachos, and additional toppings like beef or any other item used. For example, the normal corn tortilla chips have 15 calories per chip, and a baked tortilla chip has about 6 calories that make them a healthier option over normal chips.

Cheese like Mexican cheddar cheese has about 110 calories in an ounce, and meat like beef and chicken has about 100 calories. So, all in all, a single serving of nachos has around 300 to 600 calories which are a lot healthier and safer than most available options.

What is the difference between Nachos and Nacho (Tortilla) Chips?

When we talk about tortilla chips and nachos, it is important to remember that the tortilla chips might be the base and the most important part of nachos, but the two are not the same. Both of them originate from Mexico and are served in almost every restaurant. However, nachos are a newer addition to the diet.

Tortilla chips are the main ingredient in nachos and are typically made from yellow corn, white corn, whole wheat, or flour. The kernels of corn are the first ground to make a sourdough called masa. It is then cooked, then ground up, formed into chips, and finally backed and seasoned typically with normal salt.

When it comes to nachos, the most important part is the tortilla chips. Other chips can be used, but that is rarely the case. Nachos are made by first placing tortilla chips as a base, then cheese is added on top.  After that, toppings like chilies, beef, chicken, and beans or vegetables are placed to give it an extra bit of punch.

The second factor is the cost of tortilla chips on their own is cheap as compared to nachos. The chips can be found in the markets for $4 easily, whereas the nachos can range from 8 to 20 dollars.

Here we have mentioned some of the ways you can easily reheat the nachos.

How to Reheat Nachos in a Skillet?

How to Reheat Nachos in the Oven?

To make sure that the nachos remain just as crisp and tasty, follow this guide.

How to Reheat Nachos in a Toaster Oven?

The oven also works great for reheating leftover nachos, especially if you have a small portion to heat up. Since the regular oven and toaster oven works the same, you can reheat the nachos with the toppings and not have to worry about anything.

Here we have mentioned the steps to reheat the nachos.

Can you Reheat Nachos in a Microwave?

Microwaving the nachos is a bad idea, especially if the leftover nachos have sour cream in them. Microwaving nachos turns them into a sloppy mess, and no one wants to eat that.

If you cannot restrain yourself from using a microwave or if you do not have any other option, then we suggest you add more cheese. By adding more cheese to the nachos, you can turn them into a casserole and eat in a bowl.

When it comes to how long you can place them in the microwave, you can only go by your sight. Keep an eye on the microwave and stop it when you think the nachos are done. We urge you not to use a microwave to heat up nachos if you do not want to ruin your meal as well as the microwave.

How to Store Nachos?

Here we are listing some of the ways you can store nachos for later use.

The Most Loved Crunchy Nachos:

The most loved aspect of the nachos is the crunch of the tortilla chips, among many other things. If the nacho is not hot and crisp, then there is no point in eating it. The heat from the nachos makes everything gross and messy.

To avoid making your nachos soggy and dripping with heated sour cream, then follow the guide above to reheat the nachos and enjoy.

How to Choose Proper Toppings?

If you want to enjoy nachos in their true meaning and origin, then simple cheese and chili peppers will do the trick. But if you want to make it tastier, then you can do the following things to make it even better.

The first thing to consider is that the ingredients should Strike a perfect balance between freshness, depth, acidity, and smothering.

Can you microwave nachos?

Yes! You can, but it is highly recommended not to. The microwave leaves a mess of nachos so try not to use it.

Are nachos a healthy snack?

Yes! Nachos are a relatively healthier option than regular fried chips. The total calorie count of nachos is about 300 calories per serving which is lower than the same amount of fried chips.

What kind of cheese goes on nachos?

You can top your nachos with any cheese you want to have both flavor and stringiness. You can also put two different kinds of cheese to get even better results.

Nachos are a delicious and easy-to-make dish that is relatively low in calories. How good can something get with a mouth-watering taste and low in calories as well?  If you have some nachos leftover, then store them in the refrigerators, and you can reheat them following the guide above.

You can easily impress guests or enjoy the crispy reheated nachos yourself by following the simple steps. 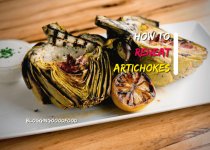 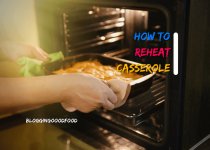 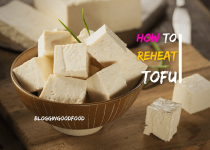