Especially if you don’t drink Milk daily, the prospect of completing a liter, or even a glass, of Milk might be intimidating. Once all, you don’t have much time to waste because Milk only lasts four to seven days after being opened after its use-by date.

Whether you’re attempting to stock up for an emergency or just bought too much Milk at the supermarket, you’ll be pleased to hear that you can freeze milk in a pinch. The ability to freeze Milk helps you save money by purchasing larger amounts of Milk than you would need, extending the Milk’s shelf life, and making fewer visits to the grocery store than you would otherwise.

Can you Freeze Milk? This is a question that many people ask themselves, whether they are freezing food for preservation or whether they are freezing food after it has expired. You may follow precise procedures to freeze Milk without compromising its quality. This article explains the steps you can take to ensure that you can properly freeze Milk regularly.

Is It Possible to Freeze Milk?

Yes, it is completely acceptable to store Milk in the freezer for later use. To do so, ensure that you do it before the expiration or “best-before” date. The following easy remedy will save you money while reducing food waste if you consistently flush expired Milk down the toilet.

How to Freeze Milk?

Method 1: To Store in Cube Sizes

Making milk cubes and freezing them is a convenient method to save a little milk. Using the resultant milk cubes, you may make smoothies and other frozen drinks that would normally contain Milk, such as iced coffee.

It is also possible to use frozen milk cubes in a child’s hot chocolate, cereal, or soup to help chill things down and give a little taste while still keeping things cold.

To use, place milk cubes in a blender and process until smooth. Alternatively, pour milk cubes into glasses of cold brew, iced tea, and other cold drinks that would benefit from a splash of Milk. Milk cubes can also be used to cool overheated cereal for children.

Method 2: To Freeze in The Container

When done properly, freezing Milk in its initial plastic or paper container may be extremely useful for storing and utilizing after it has been thawed after a long period.

Because liquids increase when frozen, you’ll need to take some of the Milk from the container and leave enough headspace in the container to accommodate the expansion.

To use, put the container on a rimmed baking sheet and store it in the refrigerator for several hours. Allowing the frozen Milk to defrost on its own in the refrigerator is recommended. The tray is intended to capture any drips or spills that may occur. Before usage, give it a good shake.

How to Freeze Milk Effectively: Some Tips

Freezing Milk is straightforward, but there are a few risks to be aware of.

How to Thaw Frozen Milk?

If you’re running out of time and need to thaw frozen Milk as soon as possible, you have two alternatives to choose from. For the first, pour your frozen Milk in a bowl of cold water and set it in the refrigerator to thaw in about an hour; making sure to replace the water every 30 minutes or so.

Microwaving frozen Milk is the second and quickest method of preparing it. Transform the frozen Milk into a microwave-safe jar and microwave it in fifteen-second sessions to get this result. Once the Milk has thawed, it should be prepared as soon as possible.

The likelihood of seeing any separation or graininess after you’ve securely defrosted your Milk is very high. It’s as simple as shaking the container vigorously before using it.

What Happens to Milk After It Is Freeze?

However, although defrosted Milk will keep its nutrition, you may notice a shift in the color of the Milk. The fat could separate, resulting in a slightly gritty texture, so it is vital to shake it thoroughly before using it. Alternatively, you may use an electric mixer to incorporate the lipids into the Milk.

One change you could notice in your Milk is a change in flavor, which is not always due to the Milk becoming spoiled. Milk stored in the freezer (even in a robust plastic container) may absorb the scents of particularly fragrant meals if the container is not airtight.

This is why you should attempt to consume your frozen Milk as soon as possible and prevent storing it near things with strong aromas to avoid this problem.

Does Frozen Milk Have A Delicious Taste?

When Milk is frozen, it separates. As a result, the fat and the ordinary Milk will separate, but the Milk will not be ruined as a result. To get the Milk blended back together, screw the lid and shake vigorously. Your Milk will be as fresh and new!

Is It Possible to Freeze Non-dairy Milk?

When it comes to non-dairy Milk, the answer is yes, as long as you follow the same procedures as you would for freezing dairy milk. Please keep in mind that freezing and thawing can cause them to separate and become slightly gritty, so use only defrosted non-dairy Milk for activities like smoothies or baking.

Is it true that chilling Milk makes it last longer?

Absolutely! Milk may be frozen for around 3-6 months, providing you with a small amount of additional shelf life for your efforts.

How long can you store Milk in the freezer?

Milk may be frozen for up to one month if it is labeled with the freezing date. You may utilize your frozen Milk by simply transferring it from your freezer to your refrigerator and allowing it to defrost for at least six to eight or overnight before using it.

Is it possible to freeze Milk without opening it?

No, it is not possible to freeze Milk without first opening it. Because liquid expands when frozen, a completely opened container will likewise expand, which will most probably result in the seams of the container shattering and Milk gushing all over the place.

Is it possible to freeze Milk in a glass bottle?

When it comes to cold temps, glass bottles are quite fussy. It is not suggested to use this method for freezing Milk. Instead, pour the Milk into a plastic container with a tight-fitting lid or onto ice cube trays to freeze.

Well, when you freeze Milk, it doesn’t go bad. This is a great option if you want to save some milk later. There are several reasons why you would want to freeze Milk. You can freeze Milk to store it; you can use it as part of a homemade ice cream recipe or even as part of a smoothie.

It’s also a good idea to freeze Milk if you’re taking it out of the country because it will likely spoil before you can use it all. We hope you enjoyed our article about how to freeze Milk. 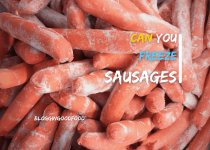 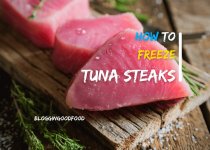 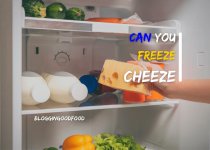