Frozen spinach is sold in flat packaging or plastic bags, either whole leaf or diced. It can be served on its own as a side dish or as part of a casserole dish. Although spinach souffle is lighter and fluffier than spinach quiches, both are savory spinach meals.

Many recipes call for frozen spinach; however, the spinach must first be defrosted before being used in these dishes. Spinach is both a superfood and a versatile vegetable. It can be used in salads or cooked foods. However, you may only store it in your refrigerator for a limited time.

So keeping it frozen is still the best option. But how do you defrost spinach when it’s time to use it? We looked for solutions, and here’s what we discovered.

Step 1: When you’re in a hurry and need to thaw frozen spinach, this is the way to use it. It’s as simple as taking out the frozen spinach from the packaging and placing it in a microwave-safe bowl or container.

Step 2: Using the defrost setting on the microwave, cook the spinach for roughly 2 minutes.

Step 3: Remove the spinach from the pot and allow the extra liquid to drain through a strainer.

Step 4: Next, move the spinach to a paper towel to absorb any remaining liquid and let it dry completely.

Step 5: You can squeeze out the excess liquid and allow it to pour down the drain.

Moving the spinach from the freezer to the fridge to defrost will allow it to thaw more slowly and produce less mush if you are not in a rush. This is the most time-consuming option because it would take a day or two to defrost completely.

Additionally, you would need to remove any blocks of ice or water that have melted to prevent the spinach from becoming mushy.

Even though it is the slowest, this may put the least amount of pressure on the spinach leaves because it gives them time to acclimate to the increase in temperature before continuing.

Alternatively, you can place it in an insulated box with a built-in filter or vent to make it easy to monitor and eliminate any water that may accumulate as ice melts.

Step 1: Even if you are in a rush, you can easily utilize this approach and use up some warm water to have it thawed without waiting for hours or even days.

Step 2: Remove the frozen spinach from its package and drain it through a strainer. Move the spinach to a strainer and spread it out evenly in the filter.

Step 3: Run warm water over the frozen spinach using the sink faucet. Check to see that the water pressure is not too high before using it.

Step 4: Allow the frozen spinach to thaw perfectly by gently turning it with your hands and removing any blocks of ice that may have formed on top of it.

Step 5: When defrosting spinach, the drainer will assist in draining the extra liquid while only maintaining the well-thawed spinach in the dish.

Thawing Spinach in the Sink:

However, we recommend that you place it in the sink while it is thawing so that you won’t have to clean up while it is melting. Drain and defrost the spinach block you want to use later in a strainer in the sink while preparing the rest of the meal. The length of time it takes to thaw will be determined by how warm or cold the room is.

Is It Possible to Thaw Frozen Spinach on the Kitchen Counter?

Yes, you can technically thaw frozen spinach by sitting it out on your kitchen counter for a few hours. However, it is recommended that you place it in the sink while in a strainer or filter so that you do not have to drain it afterward. Alternatively, the water can trickle off and make its way to the drainage pipe.

What Is the Best Way to Thaw Frozen Spinach Overnight?

Refrigeration is the best method for thawing spinach, so place it in the refrigerator overnight. Place it before you go to sleep, and check on it in the morning to see if it has finished defrosting.

It is possible to expedite the process by rinsing the spinach in hot water before cooking it. After that, squeeze off any extra water before adding it to the food you’re preparing.

Make careful to thoroughly cook your spinach to reduce the potential of bacteria growing on it. Cooking the food to a temperature above 165°F would ensure that any hazardous bacteria are destroyed.

If the thawed spinach weren’t blanched before freezing, it would not cook properly. It is important to know that listeria and E. coli can make their way into uncooked veggies and remain dormant while stored in the freezer.

What Is the Most Effective Method of Draining Frozen Spinach?

Thaw it in a strainer or sieve to prevent it from becoming soggy. You can either put a dish underneath the melted ice to catch the water or leave it in the sink while the ice is defrosting.

Once the ice cubes have completely melted, gently press out any excess water with your palms. Then move to a bed of paper towels to soak up any remaining water accumulated.

It would help if you never spun the spinach in a lettuce spinner to remove excess water from it. In any other case, you will end up with your defrosted spinach stuck to the inside of the salad spinner bowl.

When Frozen Spinach Is Thawed, How Long Does It Keep Fresh?

In the refrigerator, defrosted spinach will keep for up to 2 days. After that, you may have to throw it out because the leaves may turn mushy or sticky due to the moisture.

Anything lengthier may further increase the danger of microbial infection, particularly if the spinach was not boiled before being frozen. As a result, you must thaw the number of frozen ingredients required for a certain recipe.

According to the manufacturer’s instructions, it would help store your spinach in different containers with around a cup or two of spinach leaves in each container. The amount you need will be determined by how much you typically use each dish.

You may need to portion the spinach by dividing it into the same amount of spinach cubes and putting them in different containers. They’ll keep for 9 to 14 months when frozen in the refrigerator.

What to Do With Thawed Spinach?

When spinach is frozen and then thawed, the leaves get wilted, and the greens become no longer crisp. Fresh spinach is excellent in salads and other raw uses, but frozen spinach can be substituted for fresh spinach in recipes that call for cooked spinach.

Using defrosted spinach, you can prepare soup, sauces, stir-fries, quiches, and lasagna fillings, among other dishes. A spinach smoothie or a spinach dip can also be made by blending frozen spinach in a blender until completely smooth.

What is the best way to thaw spinach for a salad?

Use the defrost setting on your microwave for two min to thaw it out completely. If you don’t have access to a microwave thaw, use the lowest heat setting feasible. Make sure to squeeze out any extra water and blot it dry with a dry paper towel after you’ve finished. You can even wring out the extra water with a clean cloth if you prefer that method.

Is it okay to consume frozen spinach that has been thawed?

Yes, it is completely safe as long as it is thawed properly. Similar to what I previously stated, if it has been thawed and left to room temp for more than 8 hours, it has most certainly acquired bacteria that could be dangerous to your health if consumed. It is okay to heat if it has been thoroughly thawed and washed and if it has been consumed promptly after thawing.

Is it possible to freeze fried spinach?

Yes, you may cook the frozen spinach in a skillet. First and foremost, heat a skillet over medium heat, preferably with lard or oil, until hot. Allow it to heat up for a few minutes before adding your frozen spinach on top and cooking over medium-low heat.
You will see that the spinach will produce some steam while it cooks while simultaneously defrosting. This is because it is cooking while also defrosting. This approach can be particularly handy if your recipe says for frying or sauteing the components in a skillet or pan.

It’s just as simple to thaw spinach to freeze it. Consider the regularity with which you will use your spinach, the quantity added to dishes, and the style of recipe preparation when freezing your spinach. You won’t need any special equipment to accomplish this; use your microwave or refrigerator. 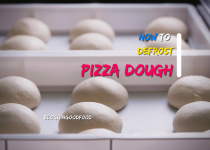 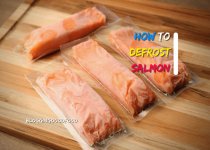 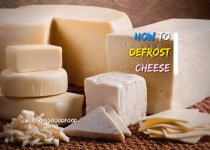