You can create a new look for waffles by adding maple syrup, butter, and fruit toppings. Waffles are in different shapes, textures, and sizes, but we divided them into two classes; Belgian Waffles and Regular Waffles.

If you open this article, you will probably find the difference between Belgian and regular waffles. So, we will deeply study the basics of Belgian waffles and traditional waffles and the main differences between them. Hence, you go out and enjoy a delicious waffles treat.

What are Belgian Waffles?

The Belgian waffles are originated in Belgium and officially invented in 1958. But it was introduced to America in 1962. It became popular in 1964 at in New York World’s Fair. At that time, it was called Bel-Gem waffles and was usually served with strawberries and whipped cream.

These waffles are usually thick. The Belgian waffles have deep grooves that are used for better filling with your favorite toppings such as Nutella, maple syrup, or whipped cream.

The recipe for these waffles contains; yeasted batter and crunchy sugar. Sometimes these waffles are made with egg white to give them a crispy and fluffy texture.

How to make Belgian Waffles:

You follow this simple recipe to make delicious Belgian waffles.

What are the Regular Waffles?

Around the 16th century, Dutch waffle makers used grid patterns to make waffles. Some say that it was designed to use less batter and cover a large surface, but the truth is we do not know this was the start of waffles that we are recognized.

With the passage of time and in every country, people are changing the method of making waffles to create a new and unique look and enhance their taste.

Regular waffles have a denser and flatter texture. Traditional waffles do not have deep pockets, so they have minor grooves in thinner sizes; that’s why they cook faster.

These waffles are made with buttermilk which gives a richer flavor. These are usually baked with baking powder.

Which Cost is Higher?

As Belgian waffles take time to cook, have deeper grooves, and are larger in size obviously, Belgian waffles’ cost is higher than regular waffles. Also, their ingredients, such as Belgian waffles, used yeast and other elements that make their cost high.

What is the Right Topping for Waffles?

You can use any of your favorite toppings on waffles because no rule indicates that a specific topping is for a particular type of waffles.

If you talk about my suggestion or my favorite topping, Belgian waffles have deeper grooves and look more attractive if I use them for fruits and other desserts.

Everything has its Prons and Cons.

Can you make Belgian waffles in a regular waffle maker?

Why did Belgian waffles call so?

Initially, Brussels waffles suggested the name as it originally came there. But it was realized that it was not popular or identified in America, so its name changed from Brussels waffles to Belgian waffles.

What if we used whipped egg whites in Belgian waffles?

The authentic Belgian waffles recipe says that- beat the egg yolk into milk and butter, whip it in egg white, and gently fold it for airy texture.

In this article, I give you maximum information about regular waffles and Belgian waffles. Their history, their recipe, and the main differences between them. Both are good in taste and texture.

You can eat the waffles that taste best with your favorite topping. One thing is that if you have both a Belgian waffle maker and a regular waffle maker, then it would not be a bad idea. 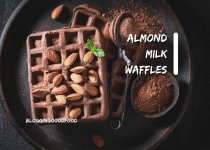 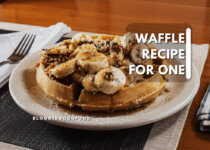 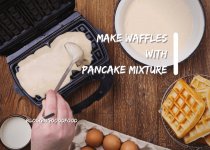